DAInamite is All Star in RoboCup 2016!

This summer, RoboCup 2016 competitions were held for the 20th time in Leipzig, Germany. It was the second time that RoboCup took place in Germany, 10 years after the 2006 RoboCup in Bremen. 10 years ago, Axel met Yuan in RoboCup simulation league, and we play in Standard Platform League together this time.

This year is the first time we use a “real” ball which doesn’t have specific color, it is really challenge for robots find the ball reliably. We used the conventional neural network to classify the ball candidates. It works in most cases, however in the games we had problem with other robots which have similar color as ball.

As the final results, the team reached the second round. We are not satisfied with the performance of our robots, but hey, they shoot 6 goals in 7 games. And we are the 5th in drop-in player competition, so we are player 2 in ALL-STAR team played against the champion:

Team photo after the event, from left to right: Eric, Yuan, Martin and Qian (missing Tuguldur) 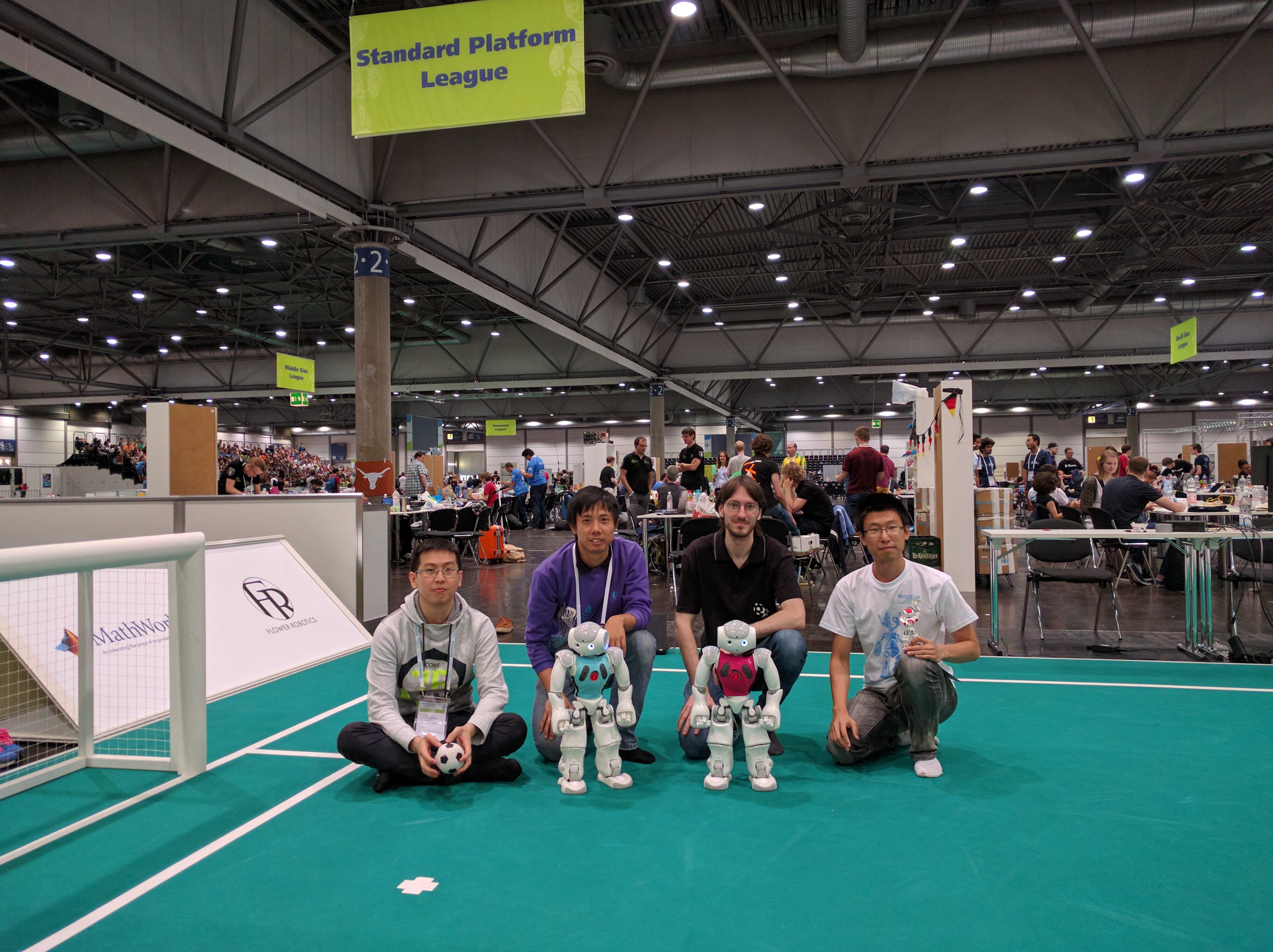